Head South from Memphis for ride through the music, history, civil war and civil rights that define the modern United States of America. Follow the longest river in the nation, the mighty Mississippi, to explore all that have converged and combined to create a unique and iconic deep south. Emerge in New Orleans with a deeper knowledge and a deeper appreciation for the sounds, the smells and the tastes that have to be experienced to be fully understood.

Memphis is not only a great place to start a road trip, it’s a great city to visit in its own right. Not only does it have an extensive strip of live music venues and party atmosphere, it has open green spaces to enjoy nature along with sights of historic significance that define the culture of the USA such as the civil rights museum, Sun Studio and of course Graceland. Sun Studio, where not only Elvis but many a music star began their career

Sun Studio could be compared with a co-working space or start-up incubator of modern times. Studio Manager Sam Phillips was unique. Phillips sought out amateurs to record new types of music and welcomed anyone. This connected artists black and white, rich and poor, known and unknown, allowing a melting pot of musical influences to simmer.

This approach, in the end, gave birth to Rock n’ Roll. Phillips sold the most popular artists to larger recording studios when they showed promise of scale and financial return. Sun Studio has mostly come to fame as where Elvis was first found, yet there is so much more to this place than Elvis. The Bars and Blues of Beale Street

Beale St forms the main tourist drawcard of Memphis. Much like Bourbon St is to New Orleans. Beale St is full of Jazz and Blues bars with live music spilling out on to the street. Check out BB Kings Bar for delicious smoky sauced ribs washed down with some Budweisers while listening to the house band belting out some classic Blues numbers. The plaque outside the Lorraine hotel below where Martin Luther King Jr was assassinated.

Room 306 of the Lorraine Hotel on the outskirts of Memphis has become a memorial to the civil rights leader Martin Luther King Jr which is where he was assassinated on April 4 1968. The Civil Rights Museum is now adjacent to the hotel. Outside the museum are various information posts which play footage and audio of key events leading to the King assassination. The serene memorial garden where Elvis and key members of his family are buried.

Graceland may seem on the surface a tacky, superficial museum capitalising on the name of Elvis. But in a word it is fascinating. Even if you’re not a fan or barely know anything about Elvis, a visit to Graceland is time-capsule to the 1960’s and shows that Elvis’s success was no fluke. The amount of work he produced, his approach to his craft, life and dedication to his family is to be admired. Clarksdale is raw, colourful and this car sums up the vibe in Mississippi.

Clarksdale is a mini-Memphis in terms of its dedication to Blues, yet very understated. Driving the empty streets of an evening and you’d be forgiven for thinking you’ve driven into a ghost town. But behind almost every weather-beaten facade is some home-grown artist plying their trade and continuing the intriguing history of Blues from the early days of slavery to modern times. The Shack up Inn, ‘The Ritz it aint!’

Get ready for rustic charm! These old semi-restored sharecropper shacks on an old cotton farm make for a great overnight stay outside of Clarksdale. The ‘shacks’ are well appointed for groups and the surrounding open fields make it a unique experience. The main building has live bands playing regularly and the inside of the bar area has to be seen to be believed, it’s like every old road sign from Memphis to New Orleans has been collected and displayed underneath the rusty corrugated iron roof. A great breakfast option in the heart of Clarksdale is the Local House of Pancakes which serve up some homely breakfast options in this the Blue’s capital of the USA. Try the pancakes and if you’ve never tried grits, now is your chance.

The Delta Blues museum provides a prequel to what you may have seen at Sun Studio and shows the many sounds that came from Mississippi in the formation of Blues and the stories of the many famous Blues musicians. A worthy stop is also the Blues hall owned by actor Morgan Freeman, the Ground Zero Blues Club, where graffiti along its walls is actually encouraged! Vicksburg on the banks of the Mississippi River played a key role in the American Civil War. The siege of Vicksburg ended with the Confederate Army surrender after 47 days of intense fighting. This together with the Gettysburg defeat the day before combined to end the most bloodiest war the USA has ever been part of. Walking the battlefield, which have been well preserved, allow you to explore headstones in memorial to fallen soldiers on both sides of the conflict.

A slight detour of the most direct route to New Orleans takes you to Lafayette, still home to many francophone residents who have retained the creole culture so abundant in this area during the 1800’s prior to the region becoming part of the USA. Lafayette is also one of the best places to go out on the bayous and swamps in search of bird life and of course alligators. The Eclectic HQ of Basin landing Swamp Tours in Atchafalaya

Basin Landing run the classic airboat tours into the Bayou’s. An airboat is a flat-bottomed boat with a massive engine and an even bigger fan used to propel the boat over pretty much anything the Bayou could throw at it. You climb aboard, put the much-needed ear muffs on before motoring effortlessly into the swamp. Gliding among semi-submerged mangroves and countless tree stumps, the leftovers from extensive logging that once occurred in the region.

Once the canals narrow the gators begin to surface. While timid initially, the gators eventually approach your boat for feeding and even a scratch of their chins, only by the guide of course! The conclusion of the roadtrip is in New Orleans. But, for those that know NOLA, this is far from the end of the action. There is something going on nearly every night in the French Quarter from Jazz, to Blues and parades down the infamous Bourbon St. Walk the streets with Hurricane cocktail and just get taken along for the ride. Best to time your arrival to one of the more festive events like Halloween or even Mardi Gras.

Apart from party atmosphere, the food options are extensive and will keep you coming back for more. A shrimp poh-boy or a jambalaya for one is a must-try. But soulful seafood is the name of the game. New Orleans has a historical side and the cemetery tours are worth a visit, so too is getting beneath the phenomenon of Voodoo which forms a big part of the city’s culture. The main house of the Whitney Plantation

The Whitney Plantation was central to the slave trade of the mid-1800’s. A sombre but insightful tour of a Plantation is possible which explains the conditions and horrors the slaves were exposed to. A unique viewpoint being that no one person or group were responsible for slavery. It was an industry that everyone participated in on both sides of the Atlantic. Also that after the international slave trade laws were abolished the inequality continued and still continues today. The access to education and basic services limits the development of any group to gain a sense of freedom and equality.

The road trip from Memphis to New Orleans is such a worthwhile experience offering a diversity of music, a changing landscape and home-grown cuisine. It’s easy to cruise leisurely through sleepy towns, green fields and wide open cotton fields. A memorable drive through the deep south which you’ll only understand fully after you’ve been.

Pros and Cons of Turo Car Rental
I'm standing in a suburban street, a 10 minute Uber ride from San Francisco airport. In front of us is undoubtedly the smallest car I've ever seen. I open my...
201 Likes

New York City Locals Guide
New York City is as amazing as it is a daunting place to visit. It may suck you in and just as quickly spit you out if you are not...
172 Likes 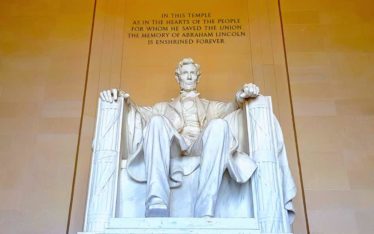 Washington DC Walking Tour
Washington DC is a walkable city with wide open esplanades and a well-planned layout to align the many monuments, memorials, museums and government buildings that make up this District of...
114 Likes
wpDiscuz
0
0
Would love your thoughts, please comment.x
()
x
| Reply