You know you’re travelling when you wake up not knowing where you are, what time it is and what you’re supposed to be doing next.

It’s 5:30am, in Buenos Aires and it’s a trip back to the airport for a full day travelling. People often romanticise about ‘travel’ and the places you see and experiences you have, but the actual travelling bit, especially by air, is a necessary evil. It’s really just a series of waiting for stuff. Porting luggage, filling out paperwork and being scrutinised, constantly.

Taxi pulls in at the airport terminal and I rush to find an ATM to pay the driver. Done. Next check-in and it always surprises me how many people are travelling at any one time. It’s super early in the morning and the airport is packed. Luckily we have a Qantas express lane ticket and check-in is over and done with in a jiffy. Heading up to security clearance and I mistakenly have placed my Leatherman pocket knife in my hand luggage! Arrgghh! before they throw it in the confiscation bin I decide to race it back to our check-in counter to see if I can get it in my backpack still. Luckily the bags have not moved onto the conveyor belt yet. I signal in my best charades what I wish to do and seem to get the all clear. Success! Yet it’s a bit disturbing seemingly anyone can approach a checked in piece of luggage, insert an unchecked item and wander off!

Up to the Admirals club, have breakfast and wait for the plane to board. What we thought was a 3 hour flight to Lima, Peru is actually 5 hours with the time difference.

Back to on board movie reviews and saw Limitless, not bad for a plane movie and then watched the episode of Friends where Ross gets a fake tan and gets sprayed on the one side repeatedly. Catch a glimpse out the window of the Andes as we head over from East to West. I have brought a copy of the book Alive with me where the plane crash survivors proceed to eat each other after a few weeks stranded. I decide not to start it just yet.

I was asleep before we took off and soon enough we were descending into Iquitos. Iquitos (e-Kweet-oss) is apparently the largest town not accessible by road. How they work these things out exactly eludes me. Iquitos certainly had roads, just that none of them connected to the outside world. Being isolated in the Amazon jungle tends to do that I suppose.

Some elderly fellow Aussies shared our shuttle into town and to our hotel mind you at Casa Morey. Funny at the ends of the earth you can be assured to run into some fellow Aussies. They were hooking up with an Earthwatch tour along the Amazon where they volunteer to count birds and other species in the interests of science. I think like us they were at this point simply wondering where on earth they were exactly.  Pointless to worry though as from what I’ve mentioned already if we did want to leave we couldn’t really get the first road out of town!

Casa Morey was an old Rubber baron’s house back in the day when the main reason to have white folks out in these parts was for the rubberised sap from the suitably named rubber trees. The place was quite grand but left to ruin a little since the 1800’s. We checked in and shown to our room which I must mention was single-handedly the largest hotel room I have ever stayed in. 9 foot ceilings and each wall was at least 30 metres long with a massive bathroom. Decor was spartan and the bed dwarfed in such a large room. We had 3 balconies looking out over the Amazon river.

We head out to walk the streets of Iquitos and welcome the heat and humidity after an Australian winter and the coolness of Buenos Aires. We head for the town square which is always the hive of activity in these Central and South American towns. Plaza de Aramas is where it’s at. Kids running around unsupervised, adults constantly chatting, people just generally busy doing not much. But if you are anyone you are in the square, especially it seems on a Sunday night.

Food is on the mind and a referral from Casa Morey has us in a french restaurant weirdly enough. A bit of French influence in the region, the Engineer of the Eiffel tower Gustave Eiffel having designed and built one of the buildings off the main square in stainless steel. We only stay for a drink in the French joint as it seems a bit fancy pants for Iquitos and we are happy with some street meat or as it turns out, pizza. I try the local brew Casquena before strolling back through the now mostly deserted streets to Casa Morey.

Iquitos has a good feel to it. That ubiquitous under developed town with mostly dirt roads, dodgy electrics no perceivable road rules with kids with no helmets riding motor scooters through town at top speed and tuk-tuks/rickshaws the main mode of transport for foreigners and locals alike. Other standards are large 600ml beers, small 250ml glass soft drink bottles. Just perfect, always makes you feel in travel mode and only two days into the trip we can relax and settle in to the trip. Thankfully no one has harassed us to buy anything which is a welcome relief too.

Back to the biggest hotel room in history and you have to yell to be heard across the room and you get the returning echo off the walls! Tomorrow we go the Amazon proper, but good to stay in the world’s largest room, in the worlds largest town not accessible by road, despite having roads when you are actually there. Yes, quite a tenuous claim this one but you gotta have some claim to fame don’t you. Seems ‘Gateway to the Amazon’ wasn’t enough. 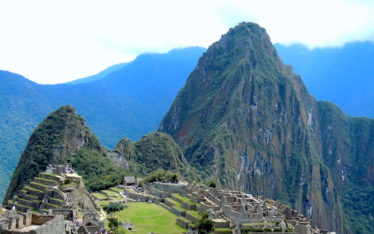 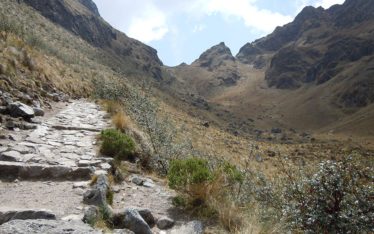 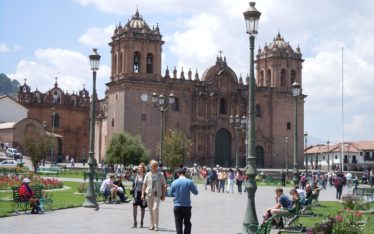 Cusco
Get a sleep in before a taxi arrives to take us back to Cusco. Let the acclimitisation begin! Our base camp being Torre Dorada Hotel which we arrive at after...
75 Likes
wpDiscuz
0
0
Would love your thoughts, please comment.x
()
x
| Reply