Having left jobs in Sydney for 12 months to travel we soon found ourselves in Toronto, working. So after 4 months we decided to chuck our jobs in again and hit the road!

Arrive latish into Montreal or ‘Mount Royal’ as you would say in English but given this is now in the Francophone region of Canada we shall still with the Francais. We lug our backpacks for the first time in a while through the streets of a darkened Montreal. Going from the train station to the Hyatt downtown. Not exactly backpacking! Thanks to a wonder of the internet, Priceline allowed us to bid for rooms at a mystery hotel. You must pay for the room at the hotel upfront but you’re given decent rooms at crazy low prices. So actually the cheapest option.

A film festival is in full swing so we walk past a number of theatres screening the films of said festival but we are pretty knackered so trundle off to our cosy hotel room.

The morning has us wandering the old town of Montreal tourist style and we are not the only ones. Ever noticed how the tourist folk in a city are always up earliest to make the most of their time snapping photos at all the sites? Whereas the areas where the locals hang out are deserted as the locals are all still tucked up in bed! Anyway this morning we were firmly in the tourist quarter. We were in a state of meandering. Stroll back to hotel for lunch and take our time. Later in the afternoon stroll up to the ‘Plateau’ an area of restaurants and bars more frequented by locals. Given its name it was up a sizeable hill before reaching the plateau. We had a decent dinner before heading back to sink into the sheets of the Hyatt.

The next morning we are more organised after our day of sloth. We head directly to the Montreal Olympic pool. Really it was an Olympic pool, the 1976 edition to be precise. The one Dawn Fraser (an Australian Olympic swimmer) stole a flag. So in we go for a few laps. I didn’t have goggles and was too stingy to buy a pair so before long my eyes were red raw from the chlorine.

We finished up and I waited what seemed an eternity for Allison to emerge from the bathroom. While this may be par for the course when she did emerge her finger was all bandaged as she somehow managed to slice it open on the shower. So our Olympic journey while short lived had taken its toll.

We head for the city’s namesake Mount Royal which is a significant rise behind the city. We decide to walk to the top. Well I decided we should. Mid way up we encounter some extreme Red Bull sponsored downhill skateboarders. Taking the apex around the bends all clad in leather and going pretty damn fast. We simply follow the road and eventually reach the top. Not much to report other than a decent city view so we take the fast route down a particularly treacherous path.

Eventually emerge in a forested area to the sound of bongo drums. Come across some medieval warfare taking place among the clearings in the forest. Quite surreal as they are wearing Hessian sack like outfits of the peasant variety you would expect from that era. Continuing on and there are frisbee games, jugglers, small groups dancing to music and the unmistakable smell of weed. We had come across some hippie commune! The next morning is a preparation for our next leg. I head back up the road to Plateau for the famous bagels to sustain us on our train journey. Along the way I take the opportunity to have a famous smoked meat sandwich. Normally the line for these sandwiches goes way down the street. This morning I am early so I take the opportunity to pounce on the worm given my early bird status.

The smoked meat sandwich is made from smoke cured meats kept in a sterile, room temperature hold for a decent amount of time. The meat is then sliced off and heated up and served in soft bread with nothing else than a small amount of gravy. Pretty damned delicious!

Anyway we have a train to catch so I make my way hastily back to pick up Allison and backpacks and to the train station. Quebec city bound. 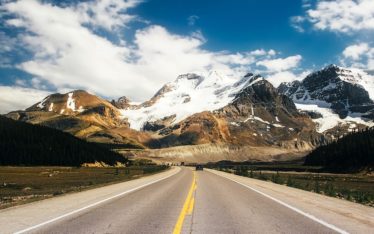 Icefields parkway
Snow drifts sweep across the road. Elk and deer dart in front of the headlights. We'd stop if there were any towns nearby yet we must push on to Jasper...
120 Likes 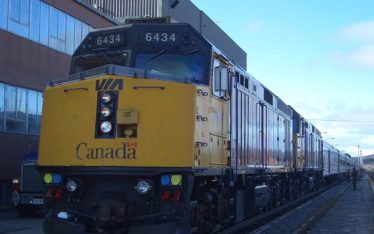 Trans-Canada Train
If time is on your side, take the train. A good rule to live by. Trains generally arrive in the centre of town, have more space and you are free...
98 Likes 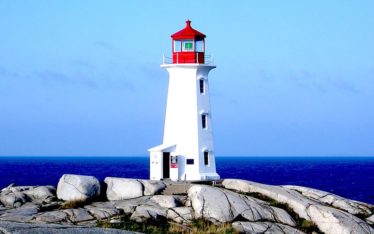 Peggy’s Cove
Head down the Atlantic coast from Cape Breton towards Halifax. A long drive and we are a bit over it after arriving into town. We look for a place to...
93 Likes
wpDiscuz
0
0
Would love your thoughts, please comment.x
()
x
| Reply