Arrive into Nova Scotia off the car ferry from Prince Edward Island. We head towards the Cape Breton National park. Home to one of the world’s most scenic drives. A decent drive just to get there and we hear reports of a hurricane Ophelia bearing down on the coast of which Cape Breton is part.

Due to the impending weather we decide against getting blown away in the tent to locate a basic BnB in Cheticamp. Also we are unaware of the local fauna here in Cape Breton. Bears are a constant source of conversation and efforts to understand what to do if we do see a bear have been in vain as there seems to be conflicting advice and this seems to be based around the attitude of the bear at the time! Forgive me for not wanting to get too close to assess the bear’s mental state before deciding on the appropriate evasive action!

Not getting much advice from our BnB owner we head to a nice local restaurant serving some great local seafood. We enquire of our waiter as to the bear situation and the likelihood of coming across one on the trails in the National Park. ‘Oh most definately’ she replied excitedly. ‘The bears are needing to get fed up for the winter hibernation’. Perfect. The purpose of our visit was not to aid in seeing a brown bear survive the winter with our own flesh. So we head to bed dreaming of goldilocks and the three bears.

Next day we begin on the Cape Breton tourist trail proper. Very spectacular scenery. We pull over at some suggested walking trails. A little paranoid about bears and the fact no other hikers seemed to be around either we stayed within sight of the car. After seeing a moose high on a hill above us we felt we had enough wildlife for the day and headed for Meat Cove which was literally at the end of the earth. The dark Atlantic ocean looking very angry with the Ophelia storm still just off the coast.

Regardless of the bears the weather was worse here so we go to the hostel at Pleasant Bay. With the intention of connecting with a whale watching tour in the morning, weather permitting.

The 9am tour cancelled but 11am looks a goer and we hop aboard with Capt. Mark a true salty sea dog. Heading out it isn’t long before we spot a number of pilot whales. Money back guarantee was on offer if you didn’t see a whale. Despite being commonly known as whales, apparently they admitted these weren’t actually whales but in fact more related to the dolphin. It was impressive enough so we didn’t complain. Also saw a bald eagle and some seals.

Back at the dock we disembarked with the other mostly north American tourists getting off in front of us. As we waited to get off we noticed them extending a hand to the salty sea dog captain. As I approached I quickly realised they were passing over a tip, not shaking his hand as I suspected. Caught out I extended my hand in a friendly ‘thanks very much’ handshake. With him expecting some cash to exchange hands he was palm up so I had a very awkward weak floppy handshake with this Ship captain! 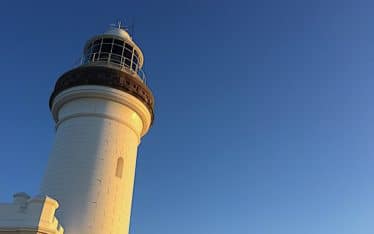 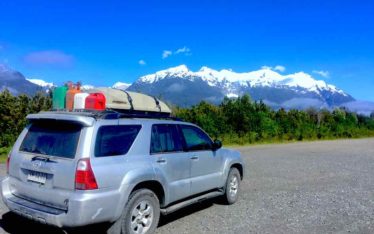 Buying and Selling a Car in Chile
So you are looking to start your road trip adventure across South America and it’s going to be one of the best decisions of your life! Now you just need...
100 Likes
wpDiscuz
0
0
Would love your thoughts, please comment.x
()
x
| Reply