Must-see spots for your next visit. After spending 3 months in the back blocks of Freo in Western Australia it was, unfortunately, more work than play. We did however, stray from facing our screens (and serving our housemaster Freckles) to do a little exploring. If you are ever in South-West of this wide brown land of Australia, here are some top places to check out (going from North to South). Mystery surrounds these pointy mounds of sandy limestone spanning a vast region 3-hours north of Perth. The main collection of visitable pinnacles occurs in Nambung National Park. A stroll out into the sandy desert landscape has pinnacles appearing every few metres or so. Go to measure yourself up against the pinnacles and watch the landscape go from bright yellow to pink as the sun dips into the ocean on the horizon. Yanchep National Park has a diverse mix of attractions to make it a worthy stop only an hour or so north of Perth. Dive underground into a system of stalagmite filled caves to discover hidden ancient water sources and the risks modern development is bringing on this crucial water source. Go into the trees and spot Koalas hugging the branch of a gum tree after chewing one too many psychedelic gum leaves. And, see a lovely system of lakes with birds flying overhead and tiger snakes slithering underneath. heart breakfast at Cottesloe after a refreshing swim.

Arguably the most famous beach in Perth. This prime beach side location has a stunning white sandy beach with turquoise waters lapping at the shore. A hive of activity occurs most mornings with ocean swimmers, runners and walkers earning their morning cup of joe. Plenty of breakfast options to be found once you’ve worked up the appetite or just roll out of bed into a face full of smashed avocado. A well-planned and well-kept Kings Park.

The most notable green space on the Perth city layout and a multi-purpose space for wildlife, gardens, memorials, concerts and family picnics. Overlooking the mouth of the Swan river, Kings Park is the lungs of Perth and allows visitors to get lost on a winding maze of trails through native gardens allowing one to get a good understanding of WA’s flora and fauna.

While not connected directly to Kings Park, the blue boat house is a curious building jutting out from the banks of the Swan River. Many Perth residents choose Rotto as their weekend residence, albeit aboard a varied assortment of watercraft. The ferry shuttles literally shiploads of tourists in every hour to get selfies with smiling quokkas. But if you can arrive under your own steam, all the better! Paddle boarding, snorkelling or even diving for local crayfish can keep you busy. Also keep an eye out for whales while on route to and from the island. Fresh organic produce within the walls of Freo Markets.

Fresh organic produce, local arts and crafts, home-made preserves, popcorn, fudge, crystals and a diverse food court, Freo Markets packs in a lot to its cosy space. Having been in operation since 1897 the markets are still a major drawcard for tourists and locals alike. A great spot to grab a quick bite while meandering the historic centre of WA’s most bohemian town. Round house is Western Australia’s first permanent building, built in 1831.

Fremantle has historic remnants around every corner. However no corners are in sight at the Roundhouse. Built in 1831 it was the first permanent structure to be built in Western Australia by the Europeans. The round house served as a goal and holding cell for prisoners and also for those that simply broke curfew in the developing colony. If the engineers had thought to put in a couple of well-placed windows way back when, the round house would have some of the best views of Fremantle. Blow the froth off one or two cold ones at the well-established Little Creatures Brewery right on the harbour in Fremantle. This stretch of harbour houses both modern and rustic restaurants and bars but Little Creatures has to be the pick, if you like a brew or two. Sample a full range at the tasting room or relax a bit more in the restaurant. The locals sold out to Asahi some years ago but the Little Creatures brand and beers taste as good as ever. Also try the Monk Brew pub a little further inland for another eclectic mix of ales and lagers. Freckles catching a few of the last rays of 2018.

Australia is unique. Here you can drive from the east coast to the west coast, some 3,957km, and arrive at a beach of exactly the same name. Pronounced ‘Coo-G’ beach in the west as opposed to ‘Could-G’ beach in the east, each is similar in make up with a nice patch of sand with calm swimmable waters. Best time to go is in the morning before the Fremantle Doctor blows in after midday making it a blustery mess of white water. It also has an innovative shark net which keeps both sharks and humans safe. A photogenic pier extending some 1.8km into the Indian ocean, Busselton Jetty is the second longest Jetty in the world. No longer used for commercial purposes it serves as a tourism drawcard for Busso. With an aquarium at the end, visitors get a good view of the coral and marine life of the region in a small vessel 8m below the surface. To save the almost 4km return walk, a tram runs the length of the jetty. Or, you can enter the Busselton Ironman Triathlon and swim around the Jetty in one go if you’re game! Turning left from Dunsborough and into the rolling hills of Yalingup and onwards to Margaret River, the scenery relaxes. A soft light filters through the tree canopy that cover most roads. Glimpses of vineyards, farmlands and bouncing mobs of kangaroos begin to take centre stage.

Adding to the appealing aesthetic is one of the most extensive list of cellar doors offering a taste of their most recent and best harvests. From renown vineyards like Leeuwin Estate to small boutique family-run vineyards like Happs Wines there is bound to be a wine for everyone. Also plenty of options for a long lunch such as Barnyard 1978. Redgate beach. One of many perfect empty beaches along the coast of Margaret River.

Much like you can’t get a bad bottle of wine, it’s hard to find a disagreeable beach in the Margaret River region. In fact, you will often have one of the most beautiful beaches you’ve ever seen all to yourself with not a spot of civilisation to be seen up or down the coast.

Cliffs free from development overlook bright white sandy beaches which have tourquise waters rolling up onto the shore. Many beaches house world-class breaks for surfers. others have great swimming holes amongst the rocks and others just look good from the shore. A few kilometres south of ‘Margs’ you reach Boranup Karri Forest dominated by the Karri tree, one of the tallest hardwood trees in the world and found only in south-western Australia. Plenty of walking trails allow you to be easily dwarfed by these giants of nature.

From the pinnacles in the north to the forests in the south there is plenty more to discover in this part of the world. Sadly, we didn’t get time to explore it all. But while it is one of the remotest regions in the world, it is easy to make an excuse to return. But if you’ve never been I hope this has given you a few spots to add to your south-east Western Australia itinerary.

Camping at Basin Landing
Finding a decent place to camp within an hour from Sydney in native bushland, on the water and not too over run with people, on a weekend is nigh on...
103 Likes

Southern Highlands Weekend Escape
Whether it be a country wedding or simply a weekend getaway that brings you to the Southern Highlands, you will no doubt be in search of some events and activities...
91 Likes 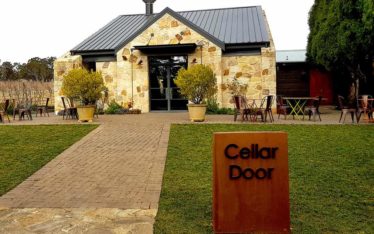 Southern Highlands Wine Tour Guide
The Southern Highlands boasts some of the best conditions for cool climate wines in Australia. Being just over an hour's drive from either Sydney or Canberra, it's easy for many...
68 Likes
wpDiscuz
0
0
Would love your thoughts, please comment.x
()
x
| Reply